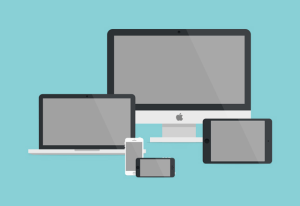 SocialBox.Biz, a London-based technological social impact community interest venture on a mission to collect old disused no longer needed but still useful laptops and hand-held tablet devices to those in need, this week announced they are interested in collecting more Apple products, Apple MacBooks, Apple chargers, iPhones, iPads, iPods, and Apple iBooks ahead of the holiday seasons and beyond. This invitation is open to both individuals and organisation.

Determined to provide a channel out of digital exclusion for society’s most marginalised members – homeless, elderly, refugees and others who are unable to afford  computers  – SocialBox.Biz partners with local businesses for laptop computer donations collections, and in turn, places the donation in the hands that need them most.

“We want to collect every kind of laptop brand, whether it’s Apple Mac, Lenovo, Acer, Toshiba, Dell, HP, Sony and more, to ensure as many people as possible in accommodation services have a chance at digital inclusion,” commented the team of SocialBox.Biz. “In order to do that, we are now accepting all kind of Apple computer product donation for reuse, rehoming and donating instead of recycling, including old iPhones, iPads, iPods, MacBooks and any other kind of Apple Computer device that can provide access to much needed tools to those who have nothing.”

SocialBox.Biz’s expansion to include Apple Mac products is designed to spur even more interest among Londoners and London based businesses, public schools, private schools, colleges and other institutions such as local councils and universities who are looking for a good cause  when they are refreshing their office tech. 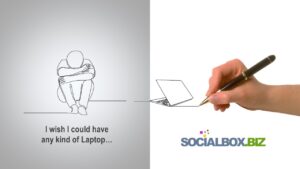 Digital Inclusion relates to the ability for an individual to have access to the digital world today. Whether it be through a mobile device, laptop, tablet, or PC, Iphone, Ipad, MacBook etc. One of these expensive electronic items are needed, plus Internet or WiFi.

Most destitute individuals such as refugees, older people on small pensions , and families operating at the lowest levels of the socioeconomic ladder may barely have food for a single meal a day, let alone access to a new iPhone. The result? They have no possible way of ever creating a resume, applying to most jobs, and researching information that could make or break their dire situation.

Waste prevention and reduction via reuse and donations is one of the convincing reasons to reuse and donate products especially now with the UK Climate Change Act in effect it can help those London based organisations such  London based businesses, schools, private schools and colleges and institutions such as local councils and universities. SocialBox.Biz locally focused solution for old but still usable Apple Mac products is also helping them with the Climate Change Act problems by reducing Scope 3 emissions.

SocialBox.Biz team came across an article that was originally published in the London UK Daily Telegraph on 5 Jan 2016 about being thoughtful when discarding hi-tech goods in post-Christmas clear-outs. The article quoted the charity Waste Watch that issued the plea about reusing old iPads, bikes, vacuum cleaners, tools, mobile phones, televisions and games in the days since Christmas as families try to create cupboard space.

It urged consumers to think carefully about the way in which unwanted presents and items that have been replaced with newer, shinier models can be used by others…

The charity warned that abandoning items, even to be recycled, is a waste of the resources used to manufacture and deliver them in the first place.

Allison Ogden-Newton, the charity’s chief executive, said in this article: “We are trying to improve on a disposable society, to encourage people to get more value out of things by putting a bit of sensible thought into how someone else could benefit from an unwanted item.

“Clutter is becoming a modern phenomenon, particularly as we are buying an awful lot more. But brand-new things will be broken down to their constituent parts by recycle plants and a lot of energy is used in that process.

“The spirit of Christmas lives on if people think carefully about what they could do with their cast-offs. Even if it is given away for free online, someone else will get use from it at no extra cost.”   It was reported in the article.

What about exporting old computers in bulk  ?

Generally scrap brokers specialize in exporting large quantities of old items and is some times called ‘residual value’. This is an option available and markets for bulk quantities of used computer hardware are generally abroad meaning that old items are packed into containers and shipped outside of the UK.  ‘Local’ is the word that is found more and more in CSR and ESG reports and something that is becoming increasingly important to investors and consumers. Reuse and donating more items locally helps reduce Scope 3 emissions and boost both ESG and CSR. Whilst we recognize that there are markets for used tech around the globe we at SocialBox.Biz prioritize and promote local social impact as a better option for our clients community and the planet.

Preventing waste saves natural resources as well as the energy used in making new products. Studies show that reusing and rehoming a computer rather than replacing it with a new one saves 139 pounds of wastes, 7,300 gallons of water, and 2,300 kilowatts of energy needed in making a new one. There is a massive further reduction due to local reuse and local rehoming and local donating because it help reduce the number of containers filled with old tech going abroad – thus reducing CO2 emissions especially Scope 3 aspect.

According to Carbon Trust Scope 3 emissions include: Purchased goods and services, Transportation and distribution (up and downstream). 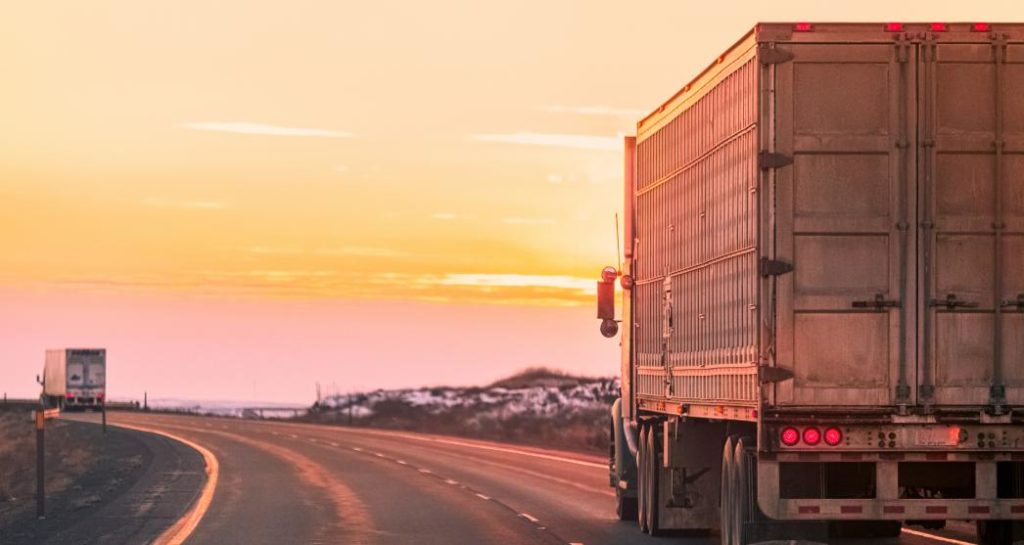 Once items are donated to the London-based social enterprise SocialBox.Biz,  they arrange for suitable devices to be handed to homeless and elderly in accommodation services. The digital access then gives them a chance to apply to jobs and communicate with family and friends. This also means more items are staying locally and being shipped in containers far away.

SocialBox.Biz is encouraging everyone to share their initiative companies and with friends and family, and consider donating outdated Apple products for re-use via this initiative for the homeless, refugees and older people in isolation who can not afford new computers.

July 2020 Update: SocialBox.Biz team received this case study from one of the older people charity partners:

The iPad have been matched with older service users to enable them to connect with friends and family. This has been especially important during this difficult time when many older people are more isolated than usual. We have first talked to the service user over the phone to find out their interests and what they would like to be able to use the iPad for. We have then set them up so they are ‘ready to use’ on delivery. We hold a handover/training session at their home (in full P.P.E.) and then follow up with telephone support as needed.

LONDON, UNITED KINGDOM, October 8, 2020 /EINPresswire.com/ — The team at SocialBox.Biz has been exploring the ways in which local universities and organisations are handling their outdated IT and encouraging universities and other organisations to engage in smart donation programs such as the Laptops for Homeless Initiative for purposeful reuse of old yet still usable tech from these large entities and businesses.

For example, SocialBox.Biz connected with University of Edinburgh to learn about their circular economy for IT; this process ensures that old IT equipment isn’t wasted. Instead, it’s given new purpose through multiple local programs that are in place. Altogether, these programs help the university reduce Scope 3 emissions while helping those in need. SocialBox.Biz has been a major advocate for programs of this nature for years. Many excellent studies are also available on the University of Edinburgh website highlighting just how much energy and natural resources goes into that processes of making new electronics and especially how and where they are sourced.

A University of Edinburgh spokesperson said: “Digital inclusion has been one of the pledges made and delivered on by the University under past Social Impact Pledges, and continues to be a strategic priority for the University through its community engagement work. As a founding member of the independent monitoring organisation, Electronics Watch, the University has been working to make its electronics use more socially responsible.”

SocialBox.Biz team commented: “We have been helping organisations meet their sustainability goals and we know that local social impact is very important for Universities to show non education benefits that their institutions bring to the society to attract students and grants. For councils social obligation is even more real when it comes to improving local areas as it is well in within the remit of local councils to help people in need with digital inclusion.”

Apple is one of the most recognized and innovative names in the world of technology. The company is known for launching newer models of the MacBooks, iPhones and iPads with enhanced features and improved designs every year. Now, as people consider upgrading their computers and phones, they might consider what to do with their old devices.

If you are wondering why you should prioritize donating over recycling your old Mac or iPhone over other options, these are a few reasons that might convince you.

Donating products which are no longer in use can help reduce the amount of electronic waste or e-waste ending up in landfills greatly. According to a report produced by the United Nations, there has been a 21 percent rise in e-waste between 2014 and 2019.

Why donating is better than recycling ?

Because many items are still usable, not everything needs recycling. Recycling is better than landfill but it still burns a lot of energy, whilst reusing and donating does not require for burning of extra energy for example.

Here are some more reasons:

One of the biggest reasons why you should donate your old devices is social responsibility. You are actually making a conscious choice to not only protect your surroundings and the planet but also help members of your community.

There are quite a few people who face challenges in accessing computers or smartphones due to various reasons. You can donate your old Apple products to those struggling members of your community such as the homeless or refugees who may not be able to afford any. Sometimes, educational institutions and businesses may be looking to upgrade their Macs or iPads and shift to new ones.  They can give the used gadgets away to organizations which run active initiatives to help the community and makes sure that donated products are safe for use. Socialbox.biz for instance, promotes charitable donations from clients who have upgraded to newer models or Macs, iPhones or any other equipment. The company collects and updates the used devices and donates them to those in need. 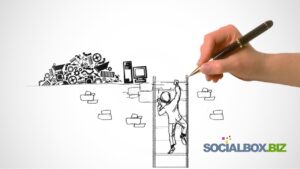 For Apple products, data protection is actually quite easy and makes the device ready to be donated. Take the MacBook for example. You can start by storing your images and files to another hard drive or backing them up to the iCloud account. Once that is done, you can sign out and de-authorize the device from iTunes. After that, it is safe to wipe the hard drive clean and reinstall the macOS in the computer.

As far as iPhones are concerned, you can just press Erase all Content by going to settings and finding the option under Reset.

These are some of the reasons why to donate your Apple products. it boost sustainability, and can be done in a short span of time. By donating your Apple Mac or iPhone, you can also assist other people who might not have access to technology and make their lives easier.